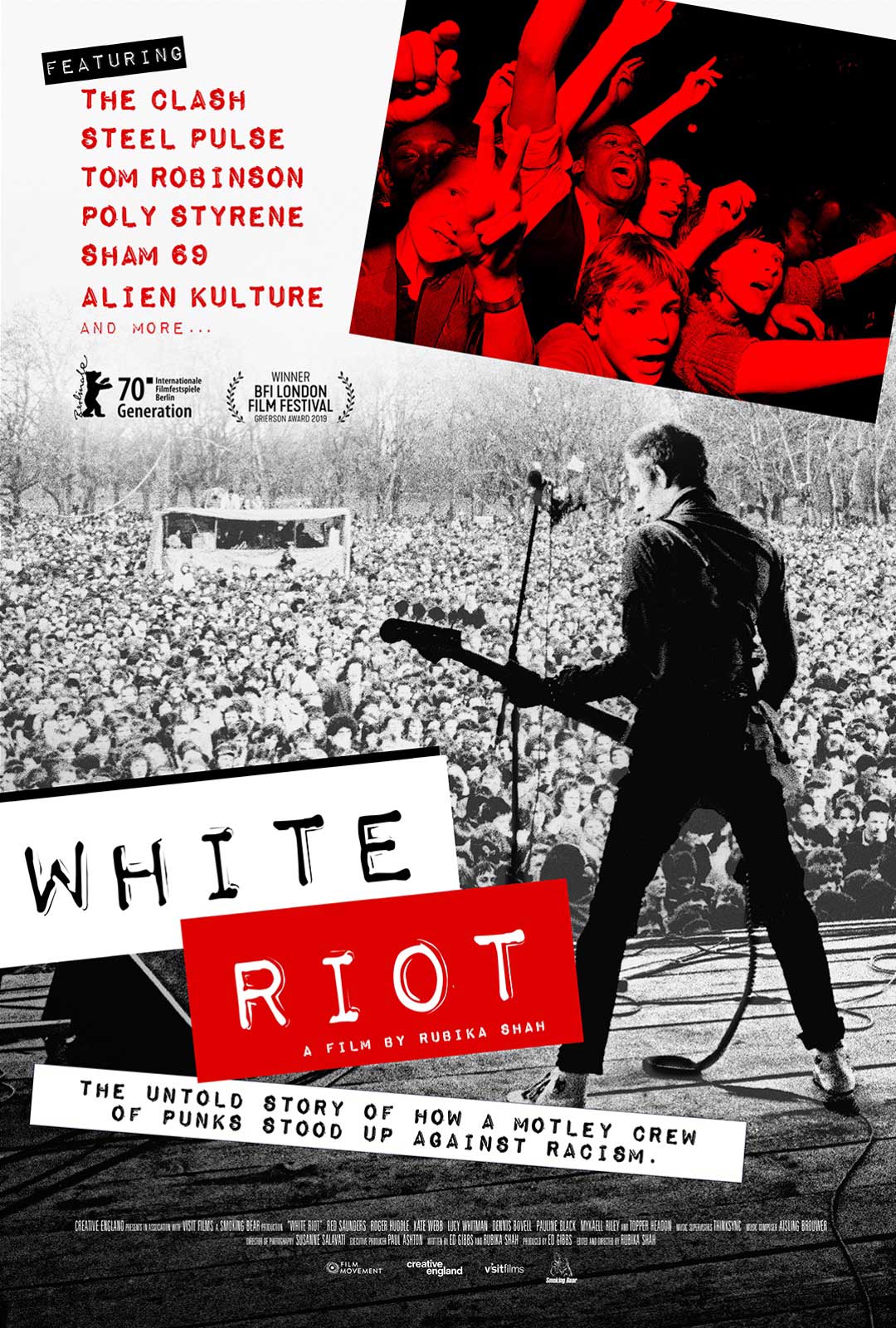 Rubika Shah’s incendiary, inspiring and award winning documentary commemorates a vital national music protest movement from the 1970s, Rock Against Racism (RAR), which is as relevant today in our Trumpian era as it was back then.

The doc takes us to a time when right-wing populist demigods like Enoch Powell preached hate in the British parliament and skinheads attacked West Indian and South Asian communities. As neo-Nazis recruited the nation’s youth, RAR’s multicultural punk and reggae gigs provided rallying points for resistance. As co-founder Red Saunders explains: “We peeled away the Union Jack to reveal the swastika.”

The campaign grew from fanzine roots to 1978’s huge antifascist carnival in Victoria Park, featuring X-Ray Spex, Tom Robinson, Steel Pulse and of course The Clash, whose rock star charisma and gale-force conviction took RAR’s message to the masses. Blending fresh interviews with archival footage, Shah’s documentary delves into exploring the power of grassroots activism, while doubling as a contemporary call to arms against racism.

“The past is present. White Riot illuminates how the Rock Against Racism movement rose up against violent extremism in recent British history and how that need for resistance persists in the twenty-first century.” – Audrey J. Golden, Film Review, Louder Than War Online Magazine