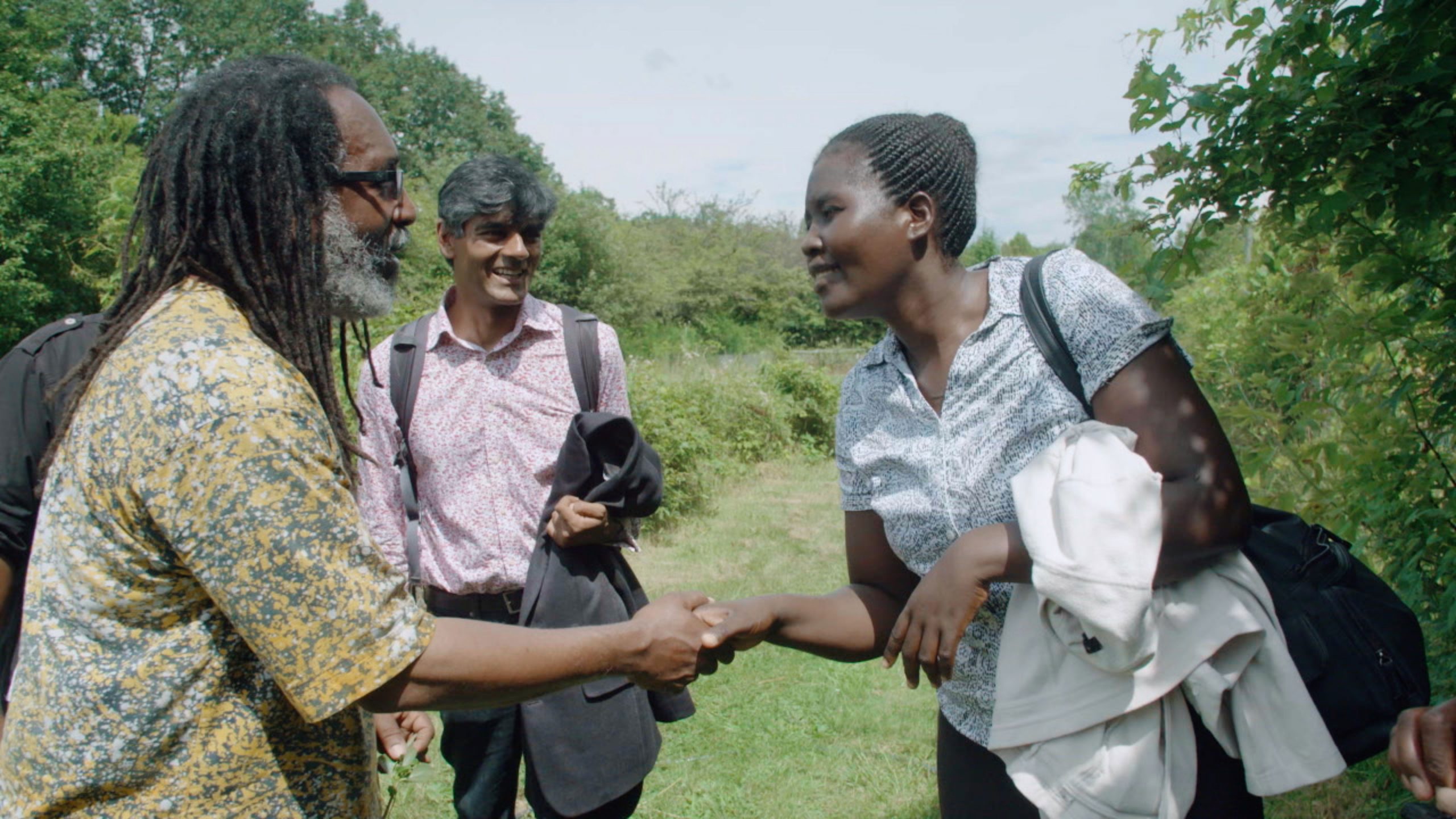 The Ants and The Grasshopper

THIS FILM IS AVAILABLE ON DEMAND

Referred to as the “rock star of social justice writing’’, Raj Patel co-directs this intimate and empowering exploration of a major issue of our time — global climate chaos. The film takes us from a small rural village farm in Malawi, Africa, to our own urban village in Oakland, California.

Patel follows Anita Chitaya and her mentor Esther Lupafya. These women have a gift; they can help bring abundant food from dead soil, make men fight for gender equality, and end child hunger in their village. Now they decide to embark on a journey through the U.S. in an effort to convince Americans that climate change is real. Along the way, they visit Midwest farms and urban food cooperatives, witnessing national divisions — from the rural-urban divide, to schisms of race, class and gender — in their quest to save their home from drought.

The Ants and The Grasshopper holds up a mirror on our society with a straightforward honest lens.  The only way we’re going to deal with the trauma that is now beginning to afflict us, Bill McKibben (founder of 350.org) says, is by building the ethic of solidarity around the world. This film suggests a starting point for these conversations.

Raj Patel’s  award-winning books include Stuffed and Starved: The Hidden Battle for the World Food System. The Value of Nothing was a New York Times and international best-seller. He is the co-author with Jason W. Moore of A History of the World in Seven Cheap Things. His acclaimed latest book, co-authored with Rupa Marya,  is entitled Inflamed: Deep Medicine and The Anatomy of Injustice.

“Ultimately, the message of the film is a call to care… and to acknowledge the interconnectivity that links us all, for better or worse, across an imperiled world.” – The Guardian

“I am blown away. You have found a hero of such grace and intelligence and power, and you had the good sense to get out of the way, center the narrative on her.” – Michael Pollan