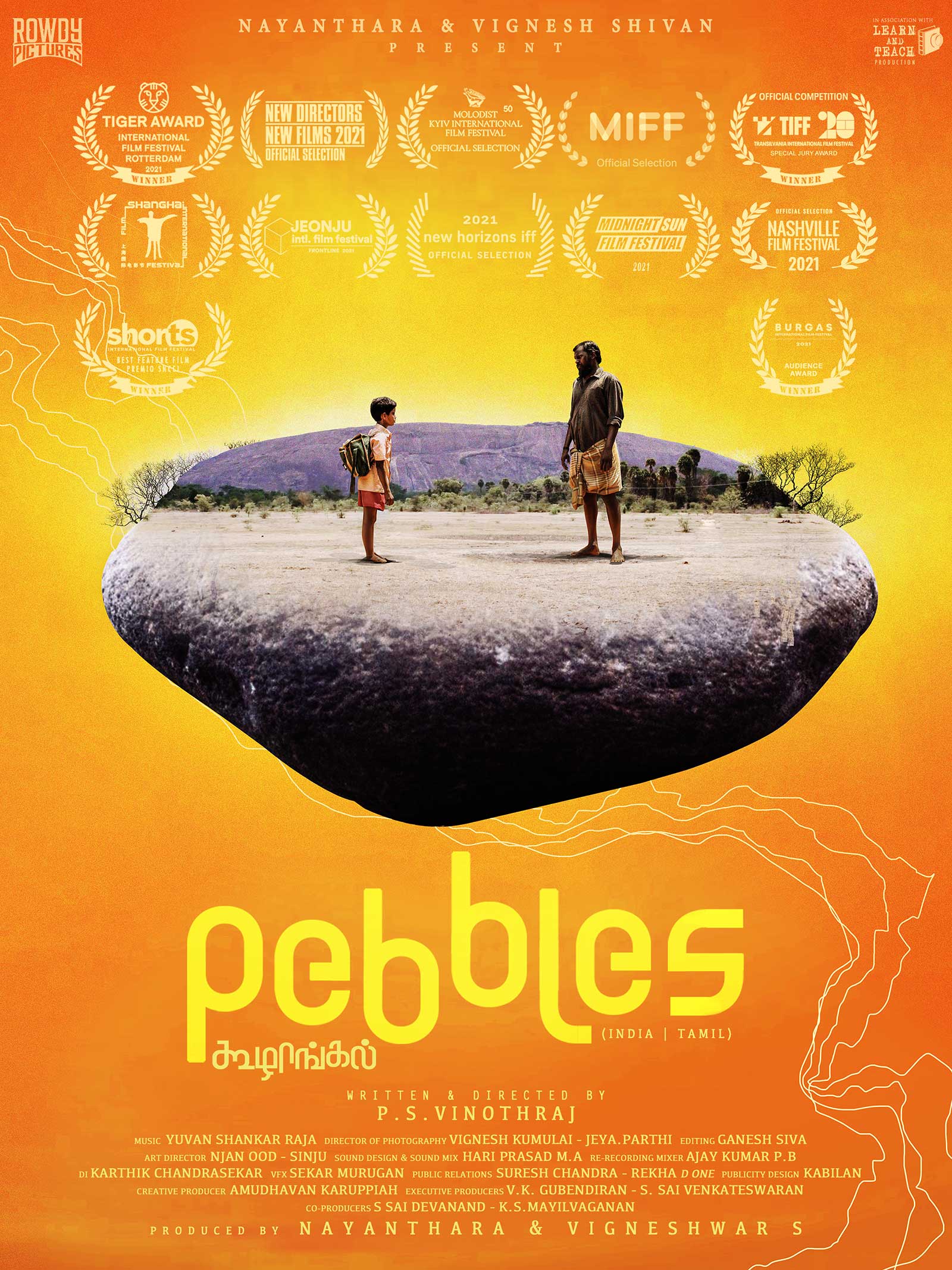 THIS FILM IS AVAILABLE ON DEMAND (for viewers in California only)

The arid, mountainous landscape of southeast India, Tamil Nadu, makes for a rewarding and sublime visual experience in the gorgeously shot Pebbles. Smart, nuanced, and disturbing, the narrative delves deep into the life of a young boy, Velu, who is dragged between villages by his abusive alcoholic father. Writer-director P.S. Vinothraj’s exquisite and deeply sympathetic lens moves beyond a reductive father-son drama with brief yet significant episodes about the people they casually encounter and the simmering landscape around them.

The film seamlessly and simply digs into a larger, unforced statement about toxic patriarchy, limited resources, and the silent, enduring place of women as enablers of life. Velu is the story’s moral core, powerless in the face of his father’s rage yet aware of right and wrong and the destructive nature of wounded patriarchal impotence. The boy’s eyes, silently registering his father’s abuse, convey everything needed — from bewilderment and hurt to determination and resistance.

Pebbles, P.S. Vinothraj’s debut film, is a sublime stretch of pure cinema and a must-see for cinephiles.

India’s official entry for the Oscars 2022!